The Somalia Aviation Minister Ali Ahmed Jengeli is currently in Montreal, Canada, to push ICAO once more to hand over complete control  of  Somali air space to Mogadishu despite an agreement between Somalia and Somaliland to share control and resources.

The Somalia Minister is, particularly after the estimated $6mln to $7mln over-flight Somali airspace fees which Mogadishu sees as ‘much-needed injection to suffering budget for the Somali government”.

This latest attempt pf the weak, AMISOM-guarded Somalia government in Mogadishu is a blatant violation of a major point among  the very points the two sides have yet to  agree upon in their 3-year long talks.

The continuation of these feeble attempts to sequester all resources jointly belonging to the former Somali Republic partners for its own use would only add fuel to the already simmering issues between the two sides.

Reports on Minister Jengeli’s meetings with president of the ICAO agency Alumuyiwa Bernard, general secretary Dr. Fang Liu and the outgoing general secretary Raymond Benjamin have not yet pleased the Mogadishu official on the war path.

The United Nation’s Civil Aviation Caretaker Authority for Somalia known as CACAS which has been administering the Somali since 1996 mistakenly undertook to hand over total control of airspace to Somalia in December last year – a move that has since then been annulled by a re-affirmation of shared control of airspace between Somaliland and Somalia in the February 2015 talks that followed.

The Republic of Somaliland, which has, in May 1991,  recovered the full sovereignty it forfeited to an ill-fated union with Somalia in 1960, is thinking of taking Somalia to the world court for, not only turning a deaf ear to an independence which it cannot legally withhold from Somaliland, but for all the resources belonging to the former union that Somaliland has a right to claim a share of. Somaliland believes

Somaliland believes that if not for the two million farewell Pounds that Britain left it in order for the newly born nation to build its state organs that Somaliland so naively transferred to Mogadishu coffers, no ships, boats, ships, haciendas, industrial plans  or – for that matter – any semblance of government would have been possible as Mogadishu was totally bankrupt and on the rocks at the time. 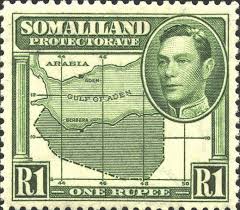 SOMALILAND: The limping Ruling Party, Kulmiye and the Opportunity of the Opposition Parties

ABOUT US
Wargane news Delivers the latest Somaliland, Somali breaking news and information on the latest top stories, politics, business, sports, entertainment, and more. and we have over 15,000 daily Unique Visitors.
Contact us: info@wargane.com
FOLLOW US
© Wargane News 2020, All Rights Reserved | Designed by SomSite
MORE STORIES

What next for Somaliland’s foreign policy after the election?